I found what I thought might be the perfect light romance novel — consisting of baking (bread, not cakes!), fisherfolk, odd Americans, and idle musings on whether a ramshackle seaside town should gentrify or remain rundown. Then there was a slight hiccough when one of the Americans said "don't be daft" to another — not an Americanism, surely? And finally, towards the end of the book, there was the crushing moment. A Jewish wedding where they, apparently, crushed the chuppah.

Now, I'm not fabulously knowledgeable about various Jewish traditions. I was pretty certain that a chuppah was a sort of awning erected over the marrying couple, and that it's a glass that gets crushed. But I made a quick search to check, and found no evidence of chuppah-crushing. So it seems the author made a medium-sized error, and no one ironed it out afterwards. What a pity. My perfect novel tainted forever.

Or was it? It gave me a good, superior sort of feeling. I had a good chuckle about it with my husband. It gave me an enjoyable tale to tell. Perhaps these semi-hidden imperfections are the crowninig of an otherwise solid piece of work!

So it's been a bit of time since I last posted anything, and it's been a bit of a year. We're having a vey low-key Christmas, in fact I'm doing the bare minimum I feel is in order (making a dessert, dusting the mantelpiece, queueing the nice music).  I have avoided any and all shops, seeing as they're all bound to be crowded with both festive & stockpiling people. However, we're a seriously apple-eating household and we'd run out of good apples. I reasoned that I might be able to nip in just as the shop opened to avoid those ghastly, you know, others. A fair amount of people had had the same idea, but it was still pretty sound. I got the necessaries and got out. There were a few people with Santa Claus hats on outside, possibly doing charity work. For a moment I thought they had also somehow arranged for fake snow to be falling. But it was actually real snow, falling for the first time this year, on Christmas Eve. A light dusting of miracle.

After I came home, the second miracle occurred. I felt hungry, and looking around I saw and old, sagging avocado. Knowing it would certainly be dead inside, I nevertheless cut into it before throwing it in the compost. Amazingly, it was still green and lusciously ripe, without a single brown spot. I've never known such an old avocado to be so good. It's made all my minimal preparations worth it!

The year just passed hasn't been all doom and gloom, has it?

After all, it gave us a wonderful white rainbow!

And even though floods in Australia have been horrible, the huge rainfall led to beautiful waterfalls off Uluru and a wakeboarding Santa.

Also, the year offered up a clever riding cow. That's a cow that's being ridden, not a cow riding something else. Although that might have been good, too.

A Rothschild's giraffe baby was born on Boxing Day and a bald eagle chick hatched on New Year's Eve. Both my dogs pricked their ears up when they heard the eagle noises...

Bison or American buffalo were returned to Wind River Reservation in Wyoming, over 130 years after they were wiped out from the area.
And China banned the sale and processing of ivory!

In statistical news, slightly fewer people died in wars in 2016, and no new wars broke out, according to a report from the University of Hamburg (unfortunately I couldn't find the original report - but I'm not starting a new conflict - not me).

lo, a crosspost! from dreamwidth (http://tamf.dreamwidth.org/8825.html)

In news from the Highlands, it transpires that gannet chicks are called guga. They either taste like salty goose, somewhere between kipper and steak, a mix of rotten leather and fishy beef, or anchovy paste topped with high-strength cod liver oil. Yum!

And finally, the local name for the Great Skua in Orkney is bonxie. I heard it described as being able to "bonk" puffins out of the air and eat them before they hit the sea. Less gruesomely, the word seems to basically mean "dumpy bird".

lo, a crosspost! from dreamwidth (http://tamf.dreamwidth.org/8556.html)

The saleswoman at the garden centre was shocked and doubtful when I said I'd carry the bag of compost home on my bike. "Well, if you're sure..." she said anxiously after I'd told her about my bike's fabulous rack. Having a mishap after such confident assertions would have been embarassing, so I made sure I picked a bag without a hole in it and strapped it on. Wheeling off with 50 litres of compost at the back and a proud hydrangea in my basket, I imagined I looked quite Dutch. They are the ones that carry everything on their bikes, right?

It was in this frame of mind that I spotted my first pro-EU display in someone's front window. A cute and rather discreet garland of EU flags. The display was not in my village. The other display I've seen, which is, has much more of a pro-Brexit attitude.

This is the second time I'm the specator to an EU debate. The first one was in Norway in 1994, when I was too young to vote. It's interesting to compare the two. In the UK today, it seems to me that campaigners are talking mostly about economic issues, whereas most people have actually made up their mind pretty firmly already and mainly for emotional reasons. Either you hate the EU and think it's holding us back, or love it and therefore think we can't live without it.

In Norway there was a huge emphasis on the "Union" part of the EU, with the understanding that having fought hard and long to leave a previous union with Sweden (and now we're supposed to join a union with the Swedes and sundry other Europeans?!?!?!). The no camp won the referendum, which may of course also have had a teensy bit to do with the buoyant economy. And fish. Norwegians are precious about their fish.

There's less anti-union talk in the United Kingdom, not surprisingly. The no camp here seems to be really into the issue of immigration. Well, let me just point out that Norway, as an EEA partner, has had plenty of the same immigration that Brexiters so loathe. Also, now that the economy's less buoyant, many immigrants are leaving again. Seriously, immigrants are a good sign, it means there's hope in a country.

If I had a say and thought it would help, I'd vote against the unaccountable multinational companies that are taking over transport, cleaning and who knows what other services everywhere, from smaller local companies. Guess what? They're both in Norway and in the UK, and I doubt any single referendum's going to solve it. And I had another look at that hydrangea. Turns out it was grown in the Netherlands. It's globalizaaaaation... and it's here.

lo, a crosspost! from dreamwidth (http://tamf.dreamwidth.org/8358.html)

My daughter's just started cooking at school, and I'm so excited. We've been doing things at home as well, but I'm the kind of person who minds if there's flour all over the ceiling or cooking oil all over the floor and, well, it ends up with me doing most of the cooking in the end. She's a mean cake decorator, though!

Still, quite a bit of thought must have gone into making these recipes that are simple for kids to make; healthy, of course, yet also tasty for all those little tastebuds. So far they've been making salads, next time they'll be frying things.

In a fit of inspiration after all this - by which I mean the measuring and cutting of the ingredients that we have to do first at home - I agreed to try a new muffin recipe from a magazine together with lil'Miss Moo. It involved old bananas and butternut squash, things which we always have in abundant supply and often lack inspiration to cook and/or eat. For once, I followed every step of the recipe, measuring and stirring just so. It's actually quite relaxing, I must admit, more so than consulting a couple and mashing them all up to make a meal. Still, it didn't go quite to plan. At the last hurdle I fell and managed to burn the muffins. Fortunately, a great cake decorator was at hand.

lo, a crosspost! from dreamwidth (http://tamf.dreamwidth.org/8007.html)

One of the less devastating reports I have seen regarding people fleeing bad lands are in relation to those crossing over from Russia into northern Norway. After they've made their journey to Russia, they can cross the border to Norway, but only on wheels. It's not a pedestrian crossing. So most of the refugees arrive by bike.

These presumably Russian bikes are not permitted for use in Norway as they've only got one brake and it's impossible to fit another one on ("impossible for Norwegians!" scoffed Twiggy, the resident bike mechanic), and so they're left in the care of the local police.

As if Norway didn't have enough mountains - now it's developing a mountain of bikes.

Recently, I read a remark saying that the downward-facing dog pose in yoga looks nothing like a dog. I'm inclined to agree. This morning, though, Little Bo Peep described our dog waking up - going from lying down to sitting, then raising her snout in the air - as a tree. Which is also a yoga pose. Whether this proves anything, I don't know. 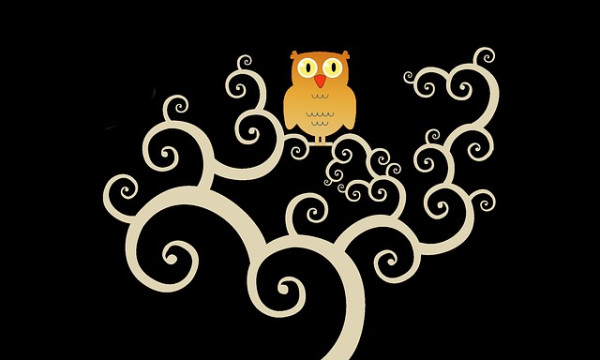 Oh lordy, it's been five year since my last post. That must surely be an era or two in Internet years. Le LiveJournal seems quite different, without being curse by the dynamic java of doom that so much of the glorious new web seems to live by. I might stick with it.

Some time ago, I read a piece about how social networks tended to grow, ballooning out like mushrooms, until they exploded (like puffballs) or fizzled out (like pufferfish?) through over-exposure or lack of cool. What sometimes could happen afterwards was that these echoing halls of ancient glory could be reclaimed by digital spelunkers, as it were. LJ was given as an example. I don't know how accurate this is (particularly the metaphors - all mine, I confess). Has LJ been through a period of expansion and contraction in this last decade or so, or has it been pretty much the same?

Anyway, I have not changed my skin in the meantime, but I have gotten through two computers, moved house, acquired another dog and four bunnies, and also planted some trees. So I've been busy. Expanding. I think. 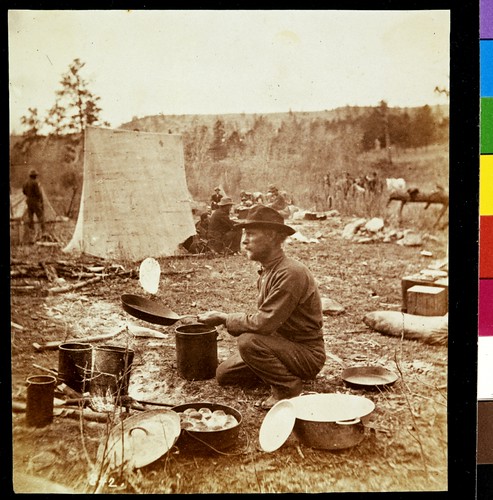 firstly, the collective parental patience with little boo peep is a leeetle stretched at the moment. usually we can do relays with her, if one of us is getting upset with her antics the other one can calmly take over. now, she's had such a long-running streak of obstinacy and bansheetude that we're both of us fed up. we must have done something wrong... it was probably my recent remark that she seems to have become very nice and easy that did it.

well, she'll change back to easy-going quickly enough (for instance, right now she's quitely putting a ribbon on a dragon like a good girl). what can be relied on to change for the worse is livejournal, it seems. did you know it now requires us ad-running plebs to have our screens darkened for a mo' each time we log in? i'm expecting to be even more absent from this place in the future, as it's very annoying.
Collapse